Eugene has a kick around at Road Safety Awareness week

Category News
18 June 2014, Comments Comments Off on Eugene has a kick around at Road Safety Awareness week

To promote road safety on the run up to this weekends Donegal Rally, Eugene and the McGeehan Motorsport MINI WRC headed down to the Letterkenny Shopping Centre in a bid to raise awareness of the Road Safety Awareness week.  He was joined by possibly the greatest Gaelic footballer in the game today and Donegal Senior Captain, Michel Murphy.

Murphy, who was described by the Irish Times as  “one of football’s most conspicuous talents”  earned comparisons with the soccer players Lionel Messi and Cristiano Ronaldo as a result of the skill and intensity with which he is capable of changing games.
Whilst they were representing two very different sports, Eugene spent some time with the football hero, explaining the MINI WRC cockpit and the endurance a driver endures whilst on the stages.  He was amazed at the time the driver spends in the rally car during an event and how stamina must play a big part in competition compared to a seventy minute blast in Football.

Eugene said “Michael and I had a great chat and great craic. He truly is a really nice guy and it was an honour to have had the pleasure of meeting him and introduce him to rallying. I’m delighted he took such an interest  and thankful he gave his support to the Road Safety Campaign”. 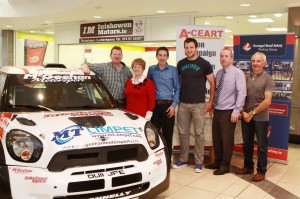 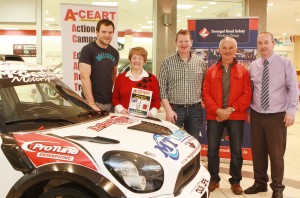 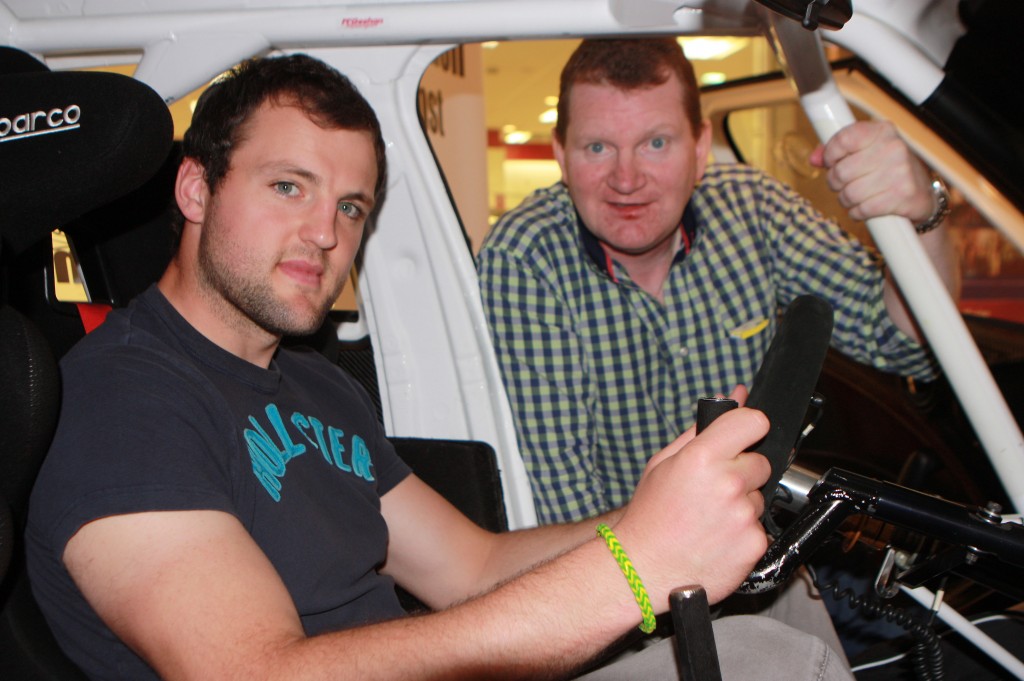