Eugene stormed to victory on last weekends May Day Rally Stages which was orgainised by Enniskillen Motorclub and held at St Angelo`s Airfield.  Using the Kenny McKinstry Subaru Impreza S14 WRC, he was partnered by the Lakeland Tyres Facebook competition winner Vicky Blaney who had her very first taste of the passenger seat in a World Car alongside the Irish “Genie”.

After a slower than normal start to get used to the Impreza, having driven the MINI a few previously and with Vicky getting used to the raw speed of the Subaru, they soon settled in together and took victory by 14 seconds over Gareth Sayers in the Mitsubishi.

Full results can be downloaded HERE 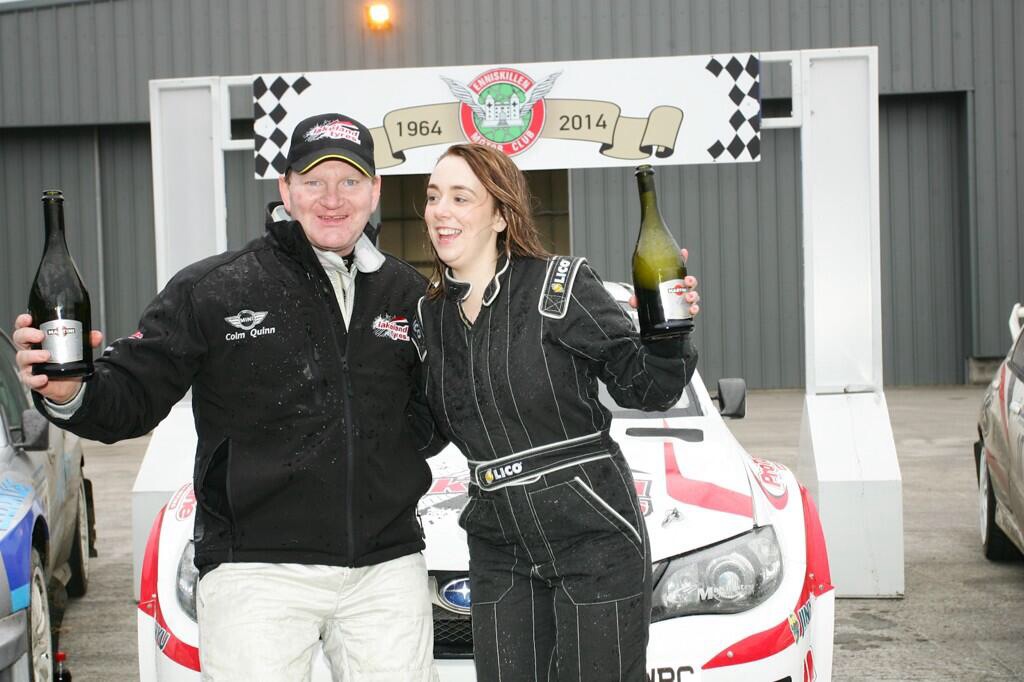